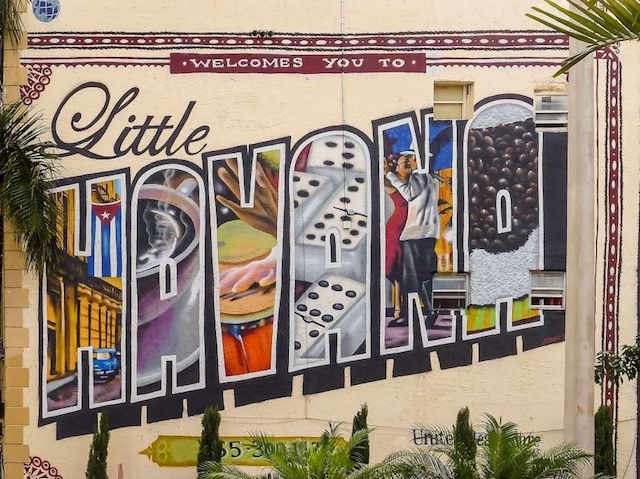 The long path to re-establishing Cuban/U.S. relations is permeated with obstacles and misunderstandings, some of which make it even harder to reach that objective. One of the most visible misperceptions has to do with the general impression among U.S. leaders that Cuba is the ripe fruit just waiting to fall into U.S. hands, and that what happened in January 1959 in Cuba was something akin to a temper tantrum that would eventually be resolved by the Cubans who fled to and set up shop in Miami.

Needless to say, this perception is erroneous and on the one hand reveals a general feeling that Americans often express – some directly, others more indirectly – that they have an absolute corner on the truth, and on the other, the belief that Cubans in Miami are the best suited to get along with Cubans in Cuba, who may look identical, but are not the same thing.

What Americans need to finally come to grips with and comprehend is the fact that a social revolution took place in Cuba, the genesis of which was to be found in the profound Cuban non-conformity with the way things were run before 1959. They need to understand that the U.S. supported that situation, and in one way or another those in Miami represent that pre-1959 structure and way of life. After more than 50 years of experience and exploration of an alternative social, economic and political structure, Cubans have no desire to return to the causes that generated the need for a revolution.

As we’ve met with U.S. business executives, we’ve seen firsthand that as a rule, the Cuban system is a mystery to them, based as it is on collectivity rather than individualism. Often these same executives are rather insistent on the need to “change” the Cuban system, due to their view that their own system is the better functioning one, without taking into account that more than 55 years of survival against the full array of U.S. power is its own endorsement of the success of the Cuban system.

This is why we believe that rather than insisting on changing the Cuban system, U.S. businesses would be wise to think about how to work and interact with it, the same as they do with other countries whose systems are different than their own, with China and Vietnam being the evident examples.

They should also keep in mind that after 55 years of resistance against the most prolonged blockade in the history of humanity, the Cubans and their government have the perception that they can and should negotiate their relationship with the U.S. on an equal basis, without bending to impositions and with whatever time is necessary to ensure that the relationship ends up being beneficial for their country.

Perhaps it’s difficult for many people to understand that what the Cubans consider beneficial for Cuba is not exactly the same as what the U.S. sees as beneficial for Cuba. This is fairly apparent not only in the way ideas about any given situation are exchanged, but also in the distinct worldview expressed in each country.

Despite the fact that the changes are ongoing, it has become increasingly evident that the U.S. intention is to make Havana conform to the Miami model, something that is not even desirable to other Americans. (“In the United States, we have a clear monument to what the Cuban people can build: it’s called Miami,” said President Obama in his speech at Havana’s Gran Teatro.)

But there are other examples. Recently the U.S. Chamber of Commerce named Carlos Gutierrez as the head of its U.S./Cuba Business Council.

Gutiérrez, who arrived in the U.S. in the 1960s, is the son of a Cuban plantation owner who lost part of his lands in the nationalization process carried out by the Cuban government. His career includes a stop as Commerce Secretary in the George W. Bush government, and he is still the co-chair of the never formally abandoned Commission for Assistance to a Free Cuba, where he worked with former Secretary of State Condoleeza Rice to craft and administer policies hostile to the island.

The basic role of the U.S. Chamber of Commerce is that of lobbying and public relations, rather than executive action. In recent years, the Chamber has played an important role in the commercial rapprochement between the two countries, and it would be impossible to object to its continuing to play this role. Nevertheless, the naming of Gutiérrez, despite one or another conciliatory remark, is not viewed with great pleasure in Havana. It’s difficult to imagine a person with that kind of resume being accepted in any kind of serious negotiation with Cuba.

The Chamber’s play in naming Gutierrez reveals this erroneous thinking and will have its own consequences. Gutiérrez’s attitude is not conducive to a relationship of understanding between U.S. businesses and Havana, because he will try to impose the Miami agenda, which is unacceptable to the Cuban government.

Anyone who believes that Gutiérrez’s new expressions toward Havana are indicative of a substantive attitude change understands very little about Cuban reality. Gutierrez is not seen as sincere, but rather, viewed with distaste, as something Cubans call a “cambia casaca” – the epithet for someone who changes their attire to reflect their loyalty to whoever happens to be in power at the moment, with the ultimate goal of aligning themselves with any new source of enrichment.

Another recent example points in the same direction. The gigantic Caterpillar corporation, which has played an important role in the newly unfolding negotiations between the two countries, has decided that RIMCO, an intermediary based in Puerto Rico, will handle its business in Cuba. In addition to being an erroneous business move, this decision has the overwhelming scent of a Miami connection. Miami, which is interested in seizing control of anything that has to do with Havana has always used San Juan as a platform for influencing and controlling any kind of business with Cuba.

Cubans meanwhile, have a particular dislike for intermediaries, as a consequence of bitter experience with businesses who’ve taken advantage of the island’s difficult situation over the years and hiked the prices for products and services into the stratosphere through payments to middlemen. Anyone with knowledge of the guidelines for activities by foreign companies in Cuba is aware that one of the basic rules is to negotiate mainly with corporate head offices, not with intermediaries.

Caterpillar’s decision will end up affecting the relationships it has already begun to sow with Havana, and are proof positive of the erroneous “advice” they are receiving from Cuban-Americans in the United States.

All of this indicates that using Miami as a guide in relations with Cuba is not only counterproductive, but doing so will stifle and cause a break to those relations. The Cubans are trying to re-establish relations with the United States, not their relatives in Miami. Relations with those who were born in Cuba and now live in the U.S. are an internal and independent matter that is not subject to the conversations between the two countries.

We remain convinced that eliminating any Miami link will actually accelerate the process of full relations between both countries. And while we understand that it will be a difficult task for any U.S. government to get the Miami monkey created in Florida’s Cuban community off its back, it is essential if credibility is to be restored to the dialogue.

Cuban desire or willingness to negotiate with U.S. businesses should not be confused with a desire to mimic them.