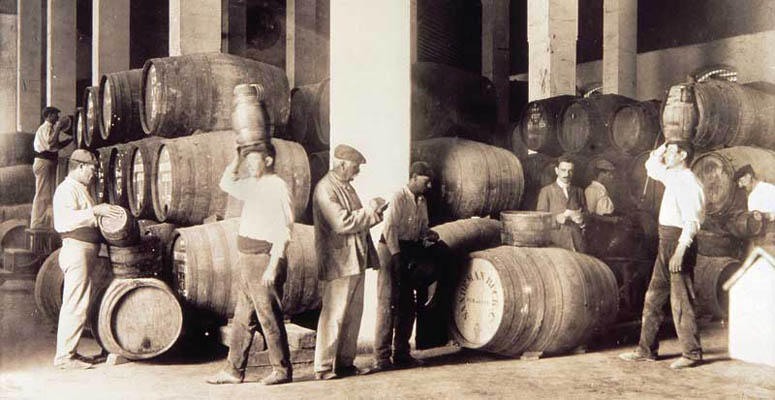 With the disintegration of the Soviet Union and the socialist camp, Cuba was left practically without access to the majority of the markets with which it had previously traded and found itself obliged to insert itself completely in the complicated world of commercial capitalist relations, with the aggravating factor that this sector was heavily restricted by the U.S. embargo against the island, and international trade was subordinate to the United States as a consequence of its status as world leader.

It was at this point that the Cuban economy began to change in order to insert itself into the new global conditions and try to keep its economy afloat. As part of this process, Cuba opened to foreign capital, which initially concentrated itself in the tourist sector, and to a lesser extent in other parts of the Cuban economy.

This is the briefest possible introduction to the scenario where foreign businesses began to introduce themselves in Cuban trade and investment.

As in all processes, there are successes and failures, and Cuba is no exception to the rule, especially taking into account the heavy toll the extreme U.S. pressure exacted on its economy and the complex web of restrictions, including extra-territorial ones, against normal trade. In addition the Cubans were inexperienced in these kinds of relations and considering the circumstances, certain self-protective measures were necessary for Cuban entities.

But what were the real results from the experiences of that period?

Without a doubt, Spain played a leading role in the increase of trade and investment activity in Cuba in the 1990s. Its business executives plunged in headfirst, taking advantage of the common language, history and other idiosyncrasies in order to seize a foothold in all possible sectors of the Cuban economy. The only limitations were the U.S. embargo, for those who were also trading with the United States, and their financial capacity, which was not extremely large.

Nevertheless, the Spanish companies, with a healthy dose of intelligence and audacity managed to anchor themselves in the Cuban economy and are an evident case study in how to succeed in Cuba, despite their limitations.

Currently, 25 years later, there are nearly 200 Spanish companies registered in 15 sectors of the Cuban economy. Since 1994, Spanish executives have also benefited from a business association located in Cuba that supports their business activities.

Businesses like Meliã (in the tourism sector) and the Sabadell and BBVA banks, along with Bodegas Miguel Torres, are outstanding examples of businesses that have successfully inserted themselves in Cuba.

The picture is not entirely rosy. The Cuban perception of danger in regard to foreign companies looking to do business in Cuba is far higher than that which exists in other countries. The reasons for this perception might be summarized as follows:

Some headline-grabbing cases have occurred where despite the importance of the businesses involved, Cuba took the drastic step of canceling contracts and putting the offenders on trial.

The Tokmajian case is probably one of the most commonly mentioned by the corporate press, despite the scarcity of publicly available information. Almost all of the published articles about the case relate to an anti-Cuban campaign that is meant to frighten foreign executives away from doing business in Cuba, on the premise that Cuba has no respect for private property.

Vahe Cy Tokmakjian was charged by Cuba’s prosecutors of using fraudulent and corrupt mechanisms to obtain benefits in negotiations with Cuban entities, provoking considerable damage to the Cuban economy. He was also charged with engaging in financial intermediary operations without the requisite authorization, of removing large sums of money from the country illegally, of altering accounting records and sworn statements in order to evade taxes, as well as engaging in payoffs to a number of workers who carried out activities distinct from those they were authorized to perform, or who had not been contracted through Cuban entities as required.

It is worth asking if an economic bloodletting of this size would be tolerated in any other country in the world.

Conversely, companies with an outstanding level of success in Cuba include the Canadian company Sherritt International and the joint Cuban/Brazilian tobacco company “Brascuba,” both with more than 20 years of operational experience in Cuba, and examples of enterprises that have been mutually advantageous.

In conclusion, regardless of the economic sector, scale, or nationality of the foreign company doing business in Cuba, the most important factor in their success is the confidence that they are able to generate through their commercial relationship with the island. This is exactly the kind of confidence that U.S. companies must engender in order to successfully trade with Cuba. Confidence on its own is the first secret to success.